Broadcasting Play: A Panel on Podcasting and Streaming RPGs

Role-playing games have a lot in common with improv and immersive theatre. The audience performs, the players create and immerse themselves in social roles and narrative emerges through play. And now, these performances are moving out of the privacy of homes to screens and headphones everywhere.

Join local RPG streamers and podcasters as they discuss the shift of tabletop gaming to the public realm, and how the worlds of theatre and gaming are colliding to create new forms of performance and play. 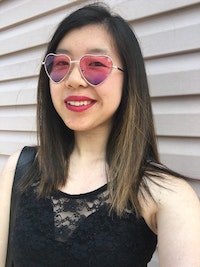 Kienna Shaw (she/they) is a TTRPG streamer, writer, and academic. She is one half of Salty Sweet Games, part of the #TalesfromtheGrim team, and a cast member on @WebDMshow ‘s actual plays. 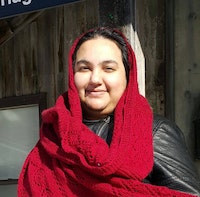 Mariam Ahmad (they/them) is a lore bard from KW, Ontario. Their current projects include writing Sarzameen, a decolonized South Asian fantasy campaign setting. They can be found GMing The Musafirs podcast, as well as streaming at Welcome To The Party on shows like Vibrant! Visible! Victorious! (BIMPoC one-shot series), Adventures in Agni (DnD 5E), Emissaries of Avithna (AGE), and Who Are The Monsters? (MotW) on the Greyhawk Channel. You can find them on Twitter @media_junkie. 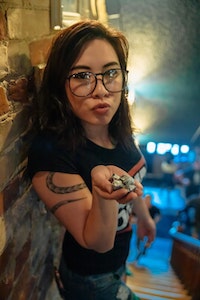 Lili Tran has been a fantasy fanatic since childhood. Upon graduating college, she worked in digital marketing and social media for a number of years until this year when she decided to quit her job and be a professional Dungeons and Dragons player/DM. Since then, she has started an online D&D community called Axis Tavern, became a moderator of Toronto DND, and began running her stream Roll for Dameage. When not playing, Lili enjoys reading manga and fantasy novels, consuming cannabis, and walking her dice collection

Interested in joining DMG? Dues are $10 per month. Members get discounts on paid workshops, access to private events and studio sessions, member jams, and more.